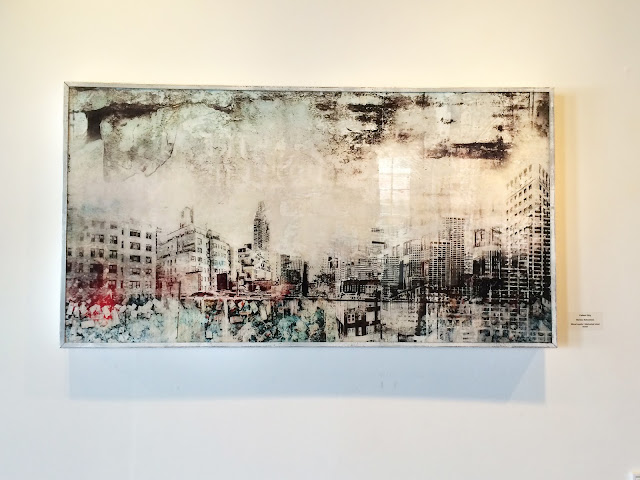 Fall might be on it's way along with some back to school blues but the month of September has some great paintings coming into the Porter Mill Gallery! With our exciting new show "Urban Romantics". Featuring the work of local painters Adam J. O'Day, Markus Sebastiano, Derek Wakeen, and Ben Stebbings. Each artist bringing their own perspectives and interpretations of the urban landscape through paint. 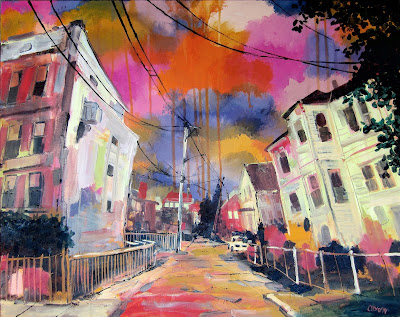 "I've been known to paint some expressionistic and impressionistic views of famous cities around the world, especially Boston. I'll throw the occasional fantasy-based painting in there for my own enjoyment too. However you slice it, I'm painting our world and worlds existing in my mind the same way, with gestural, expressive emotion."

"In the past few years, I started to focus on painting what a scene feels like, not necessarily what it literally looks like. So there would be elements of reality, mixed with elements of other worlds, dreams and nightmares. When painting a landscape, I'll sketch from life, use pictures and then work from memory. Things look familiar, but they seem like a memory, because I always put the finishing touches on a piece without focusing on what it looks like; I portray what it feels like, what I remember about it."

"Now in 2015, I have a slightly new plan. It's an amended plan to what I have been up to in recent years. I'll take this "paint what you feel mantra," and add a new perspective. I want to paint everyday urban scenes that have some familiar subject matter, but painted through the eyes of someone from another dimension. I'm using color as value. I'm using alien color schemes. I'm abstracting scenes more. I'm not limiting my decision making to stay within the boundaries. In short, when I have an idea, I paint it without a second thought. The first idea is always the most exciting." 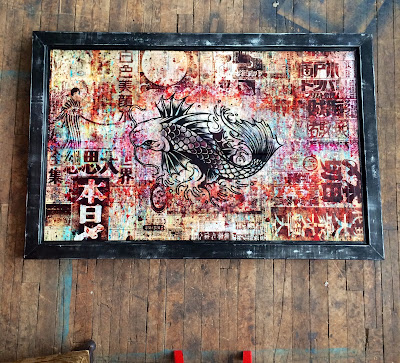 Born in Lawerence, MA in 1979. He received a Bachelor of Fine Arts with a concentration in Graphic Design in 2004 from the University of Massachusetts, Lowell. Markus specializes in Digital Printing, Mixed Media, Photoshop Layering, Digital Photography and Metal Fabrication. Over the past year, Markus has been developing one-of-a-kind techniques now being showcased in his currents works. His use of photographic prints overlaid on plexiglass and combined with repurposed materials such as wood, metal, and recyclables, make for truly exceptional finished pieces. He has been described as a contemporary artist giving meticulous attention to detail all while continuing to push the boundaries with each exclusive work of art. 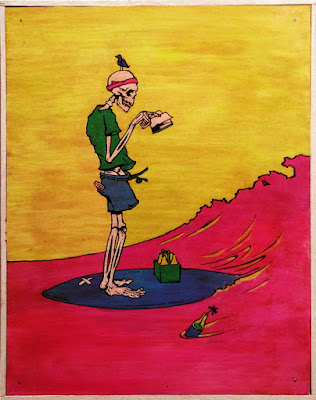 In 2014 Boston creative Derek Wakeen released his debut album The Daze End under the moniker Olli Brix, and has since formed the ongoing fictional story of Olli through his music and illustrations. In one word, Olli’s an enigma – he can be seen in odd places, drinking booze, and thinking, but pushes the viewer to live vicariously through his humble experiences as he scours the earth looking for meaning in this unfamiliar world. The paintings and illustrations of Olli are typically scrappy, textured, yet refined and otherworldly – which could be said the same for his music; gritty instrumentals produced from acoustic and analog recordings meant to put the listener in a distant thinking place.

In 2014 he teamed up with Markus Sebastiano and  TNERT for the INSIDE OUT art show – kicking off his debut exhibit at the Essex Art Center in Lawrence.  In 2015, as a follow-up to The Daze End, the Future’s Bright EP was released, which now streams across Pandora, Spotify and other major music channels. 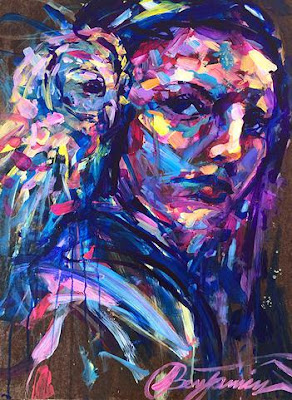 Benjamin Stebbings studied at the Art Institute of Boston and Montserrett College Of Art, graduating with a BFA in Fine Art with a concentration in painting.  His work spans many different mediums and techniques, applying influences from one to another.  Benjamin's recent works focus on the organic process of painting. With a new body of work inspired by nature, Benjamin embraces the organic process.  His pieces are characterized by striking color and bold brush strokes that capture the essence of the subject.

The show will be up this upcoming September from the 3rd to September 29th with an opening reception September 17th from 5pm to 8pm. Wine, Food, and excellent art in the gallery.

FIND THIS EVENT ON FACEBOOK
Posted by Studios at Porter Mill at 6:26 PM 1 comments