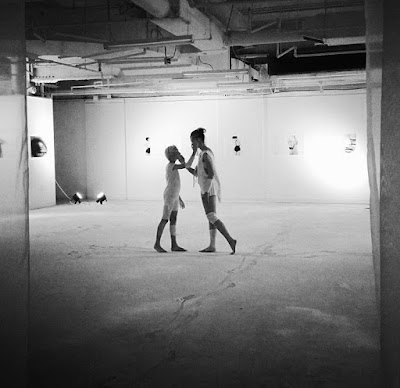 This January the Porter Mill gallery is very pleased to be featuring one of our best, Sadie Dayton and her wonderful photography in "Sillage". Sadie Dayton honed her craft at the School of Visual Arts (BFA) and Endicott College (AS) graduating with high honors in photography from both. Born on the New England coast her inspiration comes from the transient elements of nature. Drawn to the stark beauty within Japanese aesthetics she too melds elusiveness, simplicity and innate energy. Her evocative images treat landscapes as a portrait and a portrait as a moving force.
Sought for her emotive images and representation of femininity her clients include fashion, beauty and jewelry companies. Her portraiture has appeared in W, Vanity Fair and the New York Times Magazine. Her editorial and commercial work has taken her on location in Europe, Central America and the Caribbean. Dayton has exhibited her fine art photography in galleries in Boston, New York and Tokyo.

Mono no aware is a Japanese phrase used to describe the beauty of an ephemeral thing. Transience underpins Sadie Dayton’s current work entitled, Sillage. The word connotes fleeting sensual experience – the scent that lingers in the air, the trail left in water, the impression made in space after something or someone has been and gone.
Dayton creates visual haiku. Her poetic images offer us the intangible and evanescent with layered textures of fabric, dye and soot. She gracefully conveys vulnerability and strength. Our imagination is engaged by her nuanced gestures and we are invited to complete the cycle with our own envisioning.

Inspired by fellow artists who have captured illusiveness with a similar devotion to her own she notes the words of Anais Nin, lyrics of Leonard Cohen and the Icelandic music of Sigur Ros. 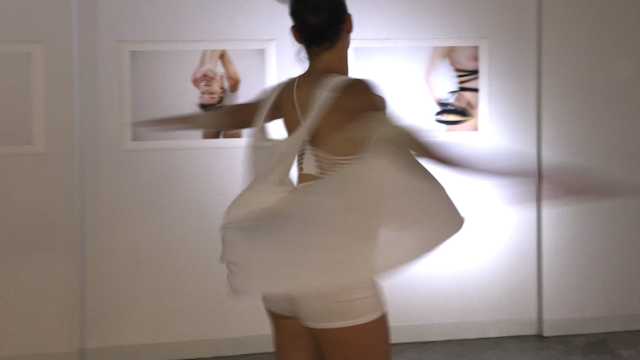 Featuring the excellent photography work by Sadie Dayton the opening reception with also include a live dance performance in Sadie's studio by Boston dancers Maz and Django in a piece collaborating with musicians Jared & Noni.

Both Broadway performers, singer/songwriters, multi-instrumentalists, choreographers, actors Jared & Noni met performing with the international percussion sensation STOMP and toured the world. Jared starred as Jerry Lee Lewis in the Tony Award Winning show, Million Dollar Quartet on Broadway. Together they formed a Minneapolis-based duo, The Lovers Show, a theatrical band of melodic pop-funk. Today, they run their own Creative Production Company located on the North Shore of Boston, where they work on original musical/theatrical installations, run creative workshops and perform live
at private events and concerts. 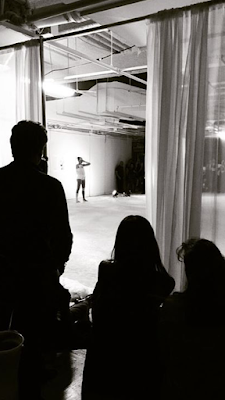 Jared & Noni will be collaborating with dancers, Maz and Django in their new performance piece for the reception, 'Ghost Note' fusing fashion, movement and fluid grooves with the photography by Sadie.

"Sillage" will be in our main gallery at the Porter Mill this January 7th 2016 to February 6th with our reception being held on Thursday February 4th from 6pm to 8pm.  Free wine and refreshments will be served in the gallery along with a live musical dance performance in Sadie's studios located next to the gallery.
Mark your calendars and come down to the Mill this January!

CHECK OUT THIS EVENT ON FACEBOOK
Posted by Studios at Porter Mill at 1:26 PM

Hey there! Thanks for leaving a comment. If you have a specific question feel free to email us at studios.portermill@gmail.com. Thanks!